Hello, Indianapolis! Who’s ready for another Naptown Buzz giveaway?! We have two new giveaways for you to enter DAILY!

Huey Lewis & The News at The Lawn June 11th

We have BRAND NEW, now with even MORE AWESOME, Patreon rewards for you to get in on! These are available in both PERSONAL and BUSINESS levels!

For more information and to JOIN THE FUN please head over to patreon.com/naptownbuzz. 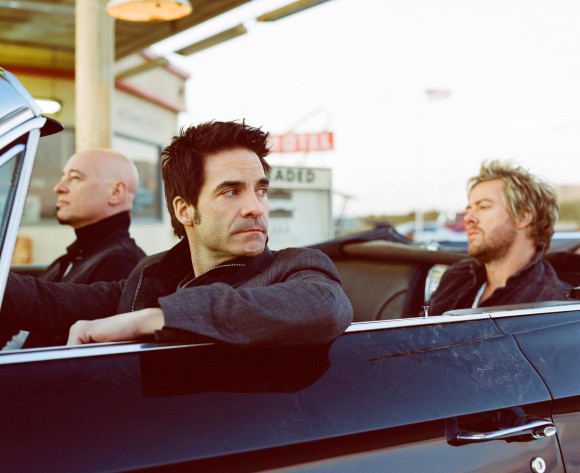 American pop rock band Train, formed in 1994, is comprised of Patrick Monahan (vocals), Jimmy Stafford (guitar, vocals) and Scott Underwood (drums, percussion). The group has remained successful for some time now, winning three Grammy’s and numerous other awards and nominations. The group has made six albums and are best known for their hit singles “Meet Virginia”, “Drops of Jupiter (Tell Me)”, “Calling All Angels”, and “Hey, Soul Sister”.

Tickets are on sale now and can be purchased at Banker’s Life Fieldhouse Box Office, the State Fairgrounds Box Office, all Ticketmaster locations, ticketmaster.com, or charge-by-phone at 800-745-3000.

Would you like to go see Train for FREE courtesy of Live Nation?  Tickets also include admission to the Indiana State Fair.

To enter please fill out the form below or e-mail us with your full name,valid e-mail address by 11:59pm on Sunday, July 29, 2012 and one (1) lucky winner will be chosen at random to receive a pair of tickets.

The 2012 Indiana State Fair is presenting concerts at Bankers Life Fieldhouse including Barry Manilow (Fri, August 3), Train (Sat, August 4), Journey with Pat Benatar and Loverboy (August 8) and Blake Shelton (Fri, August 17), but that does not mean the entertainment will be absent at the fairgrounds.  The “Free Stage” at the 2012 […]

The following concerts scheduled this week in the Indianapolis area have been canceled.

REFUNDS ARE AVAILABLE AT POINT OF PURCHASE

The Train and Maroon 5 concert will occur on Thursday, August 18 with final location and details being announced on Tuesday August 16th.

Also, Sugarland concert tickets from last Saturday night are refundable at the point of purchase.