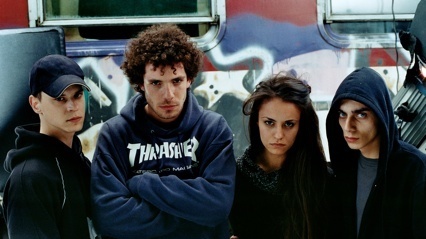 Can a young love survive in times of turmoil and chaos? During the 90′s in Bulgaria daredevil Stash and the rebellious Becky fall in love with each other. When Stash and his friends get caught by the police for some small-time crimes such as selling German porn tapes, Katev, Becky’s father and big Militia boss, gets personally involved with the case. He threatens Stash and the gang with prison if Stash continues to see Becky, so the young men eventually have to leave the country. They emigrate to a small town in Germany. After a tough year, during which Stash unsuccessfully attempts to contact Becky, the group takes the first chance to return. Political changes, corruption, social suppression: in the meantime Bulgaria has changed completely and so has Becky

The post Tilt at The Earth House on Monday, July 23, 2012 appeared first on Naptown Buzz.