Gen Con has announced that Grammy Award-winning recording artists They Might Be Giants will play an exclusive concert to celebrate Gen Con 50 on the evening of Thursday, August 17 at Bankers Life Fieldhouse. More concert details will finalize in the coming weeks, but Gen Con attendees will be able to purchase tickets when Event Registration opens on Sunday, May 28 at noon (Eastern) at gencon.com.

“Gen Con attendees are some of the most passionate, loyal people in the world, and we wanted to create yet another memorable, ‘can’t miss experience’ for them for Gen Con 50,” says Gen Con CEO/Owner, Adrian Swartout. “They Might Be Giants has an impressive catalog of music that spans decades, and we hope that this concert sparks wonderful new memories for gamers of all ages.”

The post They Might Be Giants To Play Exclusive Concert at Gen Con 50 appeared first on Naptown Buzz.

13 Days of Halloween for the Family: Day 7, Coraline 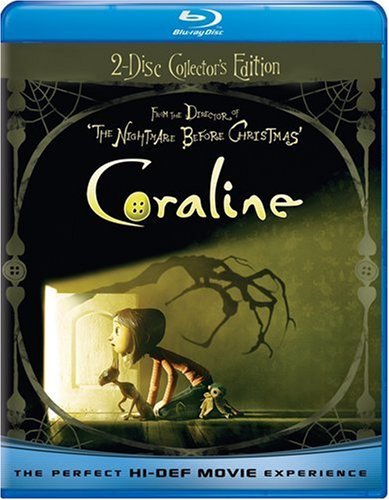 For the seventh day of 13 Days of Halloween for the Family, we recommend Coraline.

Fans of The Nightmare Before Christmas and Corpse Bride will enjoy this movie from Nightmare director Henry Selick.  And what’s a good movie without an earworm? While only 32 seconds long, They Might Be Giants’ “Other Father Song” will stick with you long after viewing.

Note: This may be a bit much for very little ones, so I would recommend watching it yourself first.