Tag Archive for The Music Man 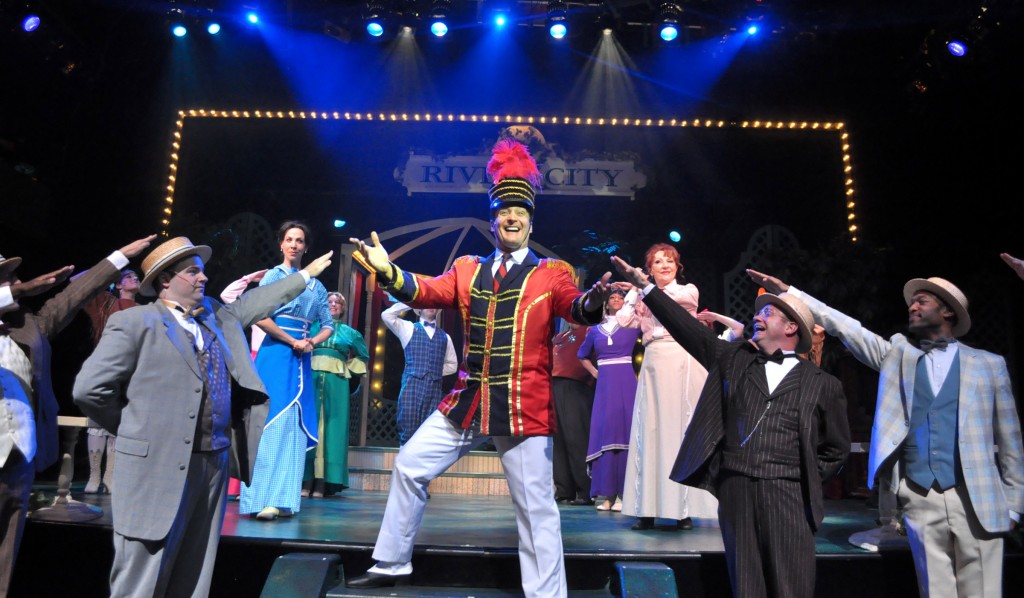 There’s trouble in River City, and it’s never been more fun than in “The Music Man” at Beef & Boards Dinner Theatre. One of America’s most beloved shows, this six-time Tony Award winner by Meredith Willson has marched onto the Beef & Boards stage with performances continuing through May 25.

Fast-talking traveling salesman Harold Hill comes to River City, Iowa, where he cons its citizens into buying instruments and uniforms for a boys’ band he vows to organize – this despite the fact he doesn’t know a trombone from a treble clef! His scheme to skip town with the cash hits a snag when he falls for Marian the librarian.

Curt Dale Clark stars as con man Harold Hill in the Beef & Boards production, with newcomer and Iowa native Katie Sina in the role of Marian. The cast also features Beef & Boards favorites: Jeff Stockberger, John Vessels, Kenny Shepard and Doug Stark, among others. The show is directed by Eddie Curry and choreographed by Ron Morgan.

Tickets range from $37 to $60 and include Chef Odell Ward’s dinner buffet, coffee and tea. Discounts are available for groups and children ages 3-15.

“The Music Man” is sponsored in part by Indianapolis Woman Magazine and Indy’s Child.