Tag Archive for The Fray

The fourth round of concerts for the 2016 Indiana State Fair Free Stage has been announced.

The fourth round of concerts for the 2016 Indiana State Fair Free Stage has been announced. 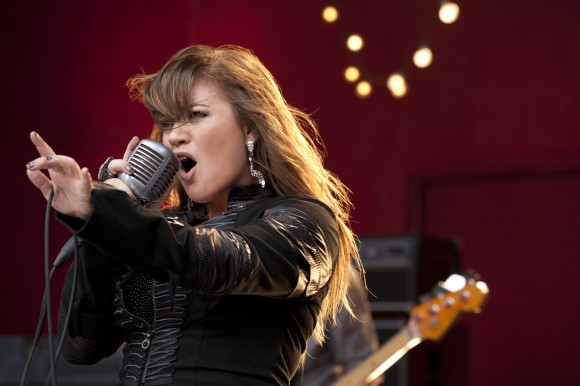 Inaugural American Idol winner Kelly Clarkson and Grammy nominated The Fray join forces 30+-city co-headlining summer tour and will perform live at Klipsch Music Center on Sunday, September 2, 2012 at 7:00pm.  Both headline acts will be touring in support of their most recent albums (Kelly Clarkson – Stronger and The Fray – Scars & Stories).

Clarkson’s most recent effort Stronger debuted at #2 on both the Billboard Top 200 and Digital Albums Chart.  The album is certified Gold by the R.I.A.A. and produced the smash singles, “Mr. Know It All” and “Stronger (What Doesn’t Kill You)” which marks Kelly’s 9th and 10th Top 10 hit.  “Stronger (What Doesn’t Kill You)” was #1 on Billboard’s Hot 100 Chart for two consecutive weeks (3 weeks total) marking her 3rd #1 on the Hot 100 chart after 2002’s “A Moment Like This” and 2009’s “My Life Would Suck Without You.” 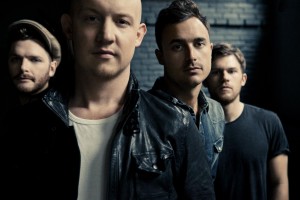 The Fray is Isaac Slade (pianist/vocalist), Joe King (guitarist/vocalist), Dave Welsh (guitarist), and Ben Wysocki (drummer). The Denver-based foursome formed in 2002 after high school friends Slade and King bumped into each other at a local guitar shop. The band achieved national success with their first single, “Over My Head (Cable Car),” which became a top ten hit in the U.S., and the release of their second single, “How to Save a Life,” brought them worldwide fame. The Grammy-nominated band continues to receive critical acclaim for their third full-length album Scars & Stories, out now on Epic Records.

Tickets are on sale now.  Prices range from $25 to $75, and a special Harrison College Lawn 4-Pack is available for $75 while supplies last.  Purchase your tickets at the Taco Bell Box Office at Klipsch Music Center, LiveNation.com, Ticketmaster, participating Wal-Mart locations, or charge-by-phone at 800.745.3000. All tickets purchased on the day of show are subject to price increases.

For more information on The Fray, visit http://www.thefray.com.

Would you like to go see Kelly Clarkson & The Fray for FREE courtesy of Live Nation?

To enter please fill out the form below or e-mail us with your full name,valid e-mail address by 11:59pm on Wednesday, August 22, 2012 and one (1) lucky winner will be chosen at random to receive a pair of tickets.

10:00 a.m. – Centerfield Gates Open
General Admission fans will be admitted through the centerfield gates only for this event.

11:15 a.m. – Tent Opens to Fans
A limited number of fans will be admitted inside the tented structure. Activities at Victory Field will be available for fans who do not receive access.

1:00 p.m. – Pre-game Show Begins
The pre-game show, hosted by Dan Patrick and Kevin Frazier, presented by SHOWTIME begins at 1 p.m., inside the tent.

Post-Game – The Fray Performs
Immediately following the game and trophy presentation, the crowd will fill the beach for a concert presented by Palladia HD featuring GRAMMY Award-nominated band, The Fray, performing songs from their upcoming album Scars and Stories.