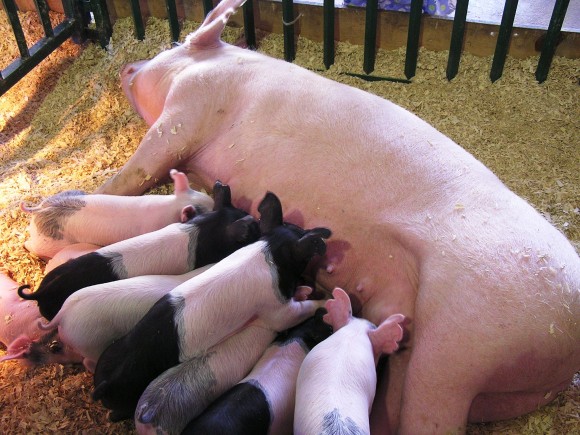 In a proactive measure, the Indiana State Fair dismissed all the animals from the Swine Barn this afternoon, one day earlier than scheduled.  The action comes on the recommendation from the Board of Animal Health after six pigs in the 4-H show developed temperatures over 105 degrees, an indicator of potential illness.

“We consider this decision to be very prudent in light of what we have seen during the last several weeks at county fairs all over Indiana, as well as in other states,” said Bret D. Marsh, DVM, Indiana State Veterinarian.  “We’ve had an unusually high number of reports of illness associated with swine shows this season.  Overall, the swine at the State Fair this year have done well, and dispersing the hogs as soon as possible is the best thing that can be done for animal health.

“These 4-H exhibitors and their families have been extremely supportive of our efforts this year,” said Dr. Marsh.  “We checked the temperatures of about 2,000 hogs during the check-in process, which was a big undertaking. They understand why it’s necessary to take these precautions and they support our efforts to make this a great fair for everyone.”

The cause of the high fevers is not known at this time.  Samples from the hogs sent home have been submitted to the Purdue Animal Disease Diagnostic Laboratory and results will not be known for several days.  There have been no cases of human illness at the Indiana State Fair.

State Fair visitors will continue to access the Swine Barn and view the pigs on Championship Row as well as the “World’s Largest Male Hog” and the Champion Sow and Litter.  The Open Class breeding show will go on as scheduled next week beginning with the Berkshire and Poland China breeds Aug. 14.