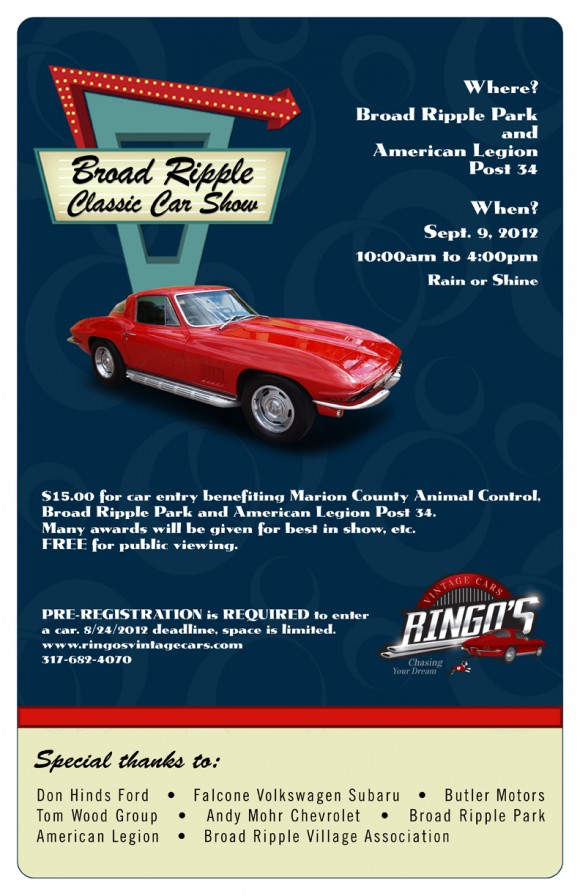 Indiana is no stranger to cars of all shapes and sizes, classic and new alike, and neither is Steve Ring. Since the early 1980s, Steve has been collecting and restoring cars and at 48 years of age decided 17 years in the corporate world were enough.  He left his full time career to pursue his lifelong passion for vintage cars and opened Ringo’s Vintage Cars, located in Broad Ripple. 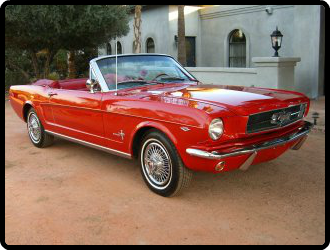 The Inaugural Broad Ripple Classic Car Show, hosted by Ringo’s, is Sunday, September 9, from 10 a.m. to 4 p.m. at Broad Ripple Park. FREE to the public, this first of its kind show in Broad Ripple is perfect for families, vintage car enthusiasts, collectors and anyone looking for something a bit different on a Sunday afternoon.  Trophies will be awarded for Best in Class and Best Custom Car, and a cruise around the Broad Ripple neighborhood is scheduled after the close of the show (4 p.m.). Look for handouts with suggested routes. All cars are welcome. And if you happen to see Steve on Sunday, ask him about his bucket list – the 1967 Corvette 427/435hp.

Car entries are $15 each with a portion of the show’s proceeds benefiting the Marion County Animal Control, Broad Ripple Park, and the American Legion Post 34. Entries are still available.

Go to http://ringosvintagecars.com/broad-ripple-classic-car-show.html to enter and for more information about Ringo’s and their Classic Car Show.