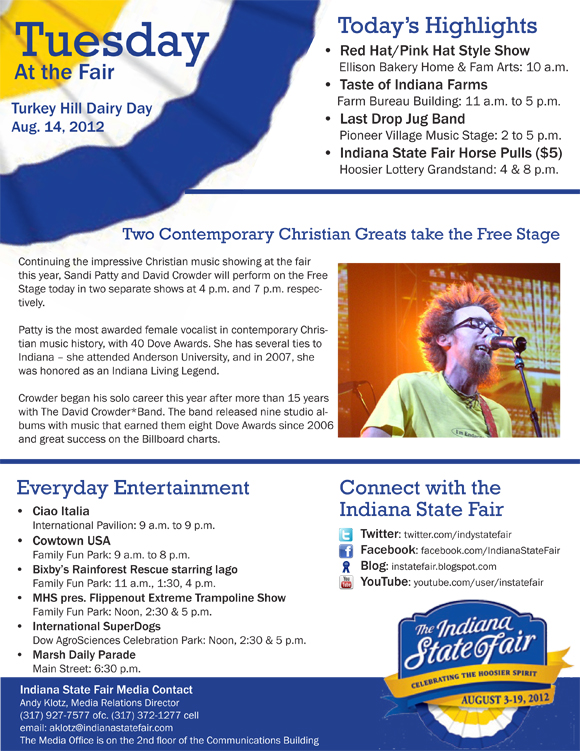 Continuing the impressive Christian music showing at the fair this year, Sandi Patty and David Crowder will perform on the Free Stage today in two separate shows at 4 p.m. and 7 p.m. respectively.

Patty is the most awarded female vocalist in contemporary Christian music history, with 40 Dove Awards. She has several ties to Indiana – she attended Anderson University, and in 2007, she was honored as an Indiana Living Legend.

Crowder began his solo career this year after more than 15 years with The David Crowder*Band. The band released nine studio albums with music that earned them eight Dove Awards since 2006 and great success on the Billboard charts.

The 2012 Indiana State Fair is presenting concerts at Bankers Life Fieldhouse including Barry Manilow (Fri, August 3), Train (Sat, August 4), Journey with Pat Benatar and Loverboy (August 8) and Blake Shelton (Fri, August 17), but that does not mean the entertainment will be absent at the fairgrounds.  The “Free Stage” at the 2012 […]