Coliseum Renovation to Include Second Arena 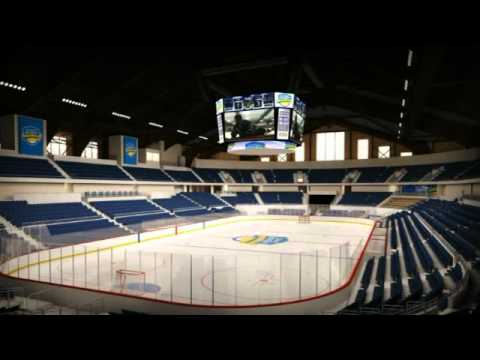 After five years of study and several months of finalizing design plans, the Indiana State Fair Commission is preparing to begin a $63 million renovation of the Pepsi Coliseum complex.  The project will be paid for through bonding payable with commission revenues.

Built in 1939 as part of the New Deal’s Works Progress Administration, the Coliseum needs an extensive renovation to meet contemporary event requirements, improve operational efficiencies, and become compliant with current building codes and the Americans with Disabilities Act.  The project will begin October 29, 2012, and be completed in July, 2014, in time for that year’s Indiana State Fair.

“This is the most important capital project in the 120-year history of the Indiana State Fairgrounds,” State Fair Commission Chairman Andre Lacy said.  “We’ve done our due diligence preparing for this and it’s finally time to turn our dreams into reality.”

Kansas City-based Populous is the design firm responsible for the project’s architecture and engineering.  The company has completed hundreds of high profile arenas and stadiums around the world.  Hunt Construction Group of Indianapolis is the construction manager on the project.  They also oversaw the construction of local landmarks like Lucas Oil Stadium and the downtown J.W. Marriott.

The scope of the renovation calls for the iconic exterior of the Coliseum to be rejuvenated, but remain otherwise unchanged.  The building’s interior, however, will be completely demolished and reconstructed with improvements that include double-tiered seating, a new video scoreboard and a modern sound system.

The new facility will offer slightly more seating capacity than the existing one depending on the configuration.  The current building seats around 8,000 people while the new one could accommodate as many as 9,000 visitors.

“The new Coliseum will be a one-of-a-kind, family friendly facility in Indianapolis that won’t compete with larger venues like Bankers Life Fieldhouse,” State Fairgrounds Executive Director Cindy Hoye said.  “It won’t have skyboxes or luxury suites, but it will be a modern facility that hosts shows and events that might not otherwise come to our city.  It is also the key to the State Fairgrounds business plan.”

The Coliseum is responsible for bringing in approximately 40 percent of the State Fairgrounds’ annual revenue.  Additionally, an Indiana University Kelley School Business study released earlier this year concluded that the building generates $89.3 million in direct spending for the Indianapolis economy.

“There’s no question that the Coliseum is the heart of the fairgrounds’ facilities,” Bruce Jaffee, the study’s author, said.  “If it doesn’t get renovated, the gradual deterioration would force some of the activities and events to locate elsewhere.  They may just go away.”

The Coliseum has hosted some of Indianapolis’ most memorable events.  The Beatles played their only Indiana show there in 1964.  The building also boasts the majority of the city’s hockey history and was the original home of the Indiana Pacers where they won three American Basketball Association championships.

“The Coliseum is steeped in Hoosier history,” Hoye said.  “Between hockey games, consumer shows, agricultural events and graduations, the Coliseum is in use about 300 days of the year.  After the renovation, we expect that number to climb even higher.”

For an inside look on the projected appearance of the new Coliseum, visit http://youtu.be/U2s-3A_bAs8.

The post Coliseum Renovation to Include Second Arena appeared first on Naptown Buzz.