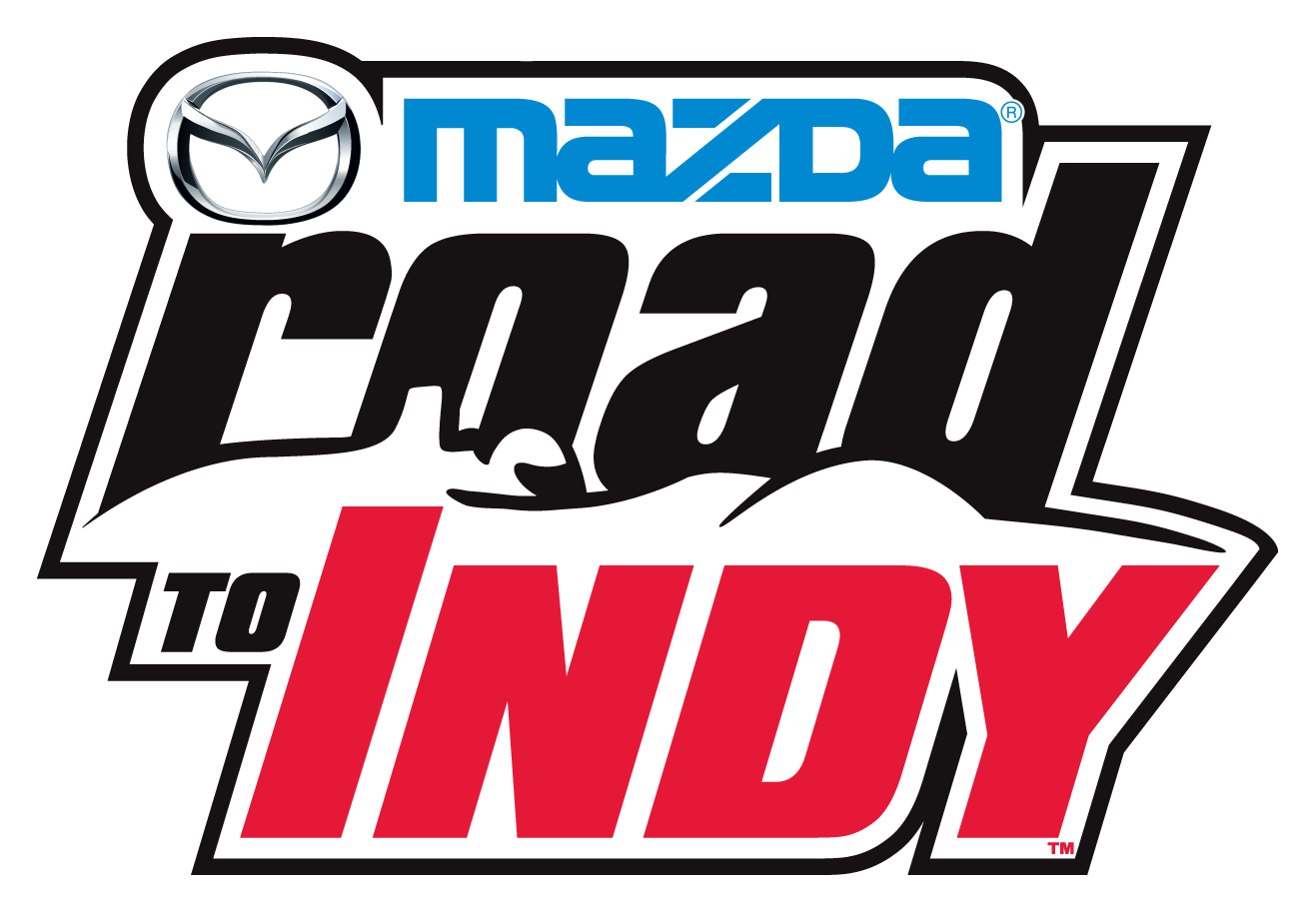 The Mazda Road to Indy presented by Cooper Tires, the developmental ladder for drivers and teams aspiring to reach the Verizon IndyCar Series, announced several drivers joining teams for the 2017 season in all three tiers.

Leist is the reigning BRDC British F3 champion. The 18 year-old Brazilian is considered a top prospect on the European racing scene after success in both Formula 4 and Formula 3 in the United Kingdom.

“I had quite a few options open to me in 2017, but a combination of things, including the opportunities in the U.S. and on the Mazda Road to Indy ladder, made Indy Lights a great option for me,” Leist said. “I have raced against Carlin before, so I know how hard they push as a team to win. I’m incredibly excited to get out on track in the car and get the season underway.”

Leist’s had two wins and seven podiums in 2015 British Formula 4 competition. He moved up to BRDC British F3 in 2016, winning four races and collecting 11 podiums to claim the 2016 title.

Claman DeMelo joins Carlin in 2017 after competing for Juncos Racing in Indy Lights last season, when he finished ninth in the championship. The Canadian raced with Carlin for selected rounds of the 2015 F3 Cup.

“Carlin, to me, represent one of the most professional teams that strive for only the best and I’ve no doubt that 2017 will be a great experience,” Claman DeMelo said.

Piedrahita, from Colombia, had six top-10 finishes for Team Pelfrey in Indy Lights in 2016. This year will mark the 25-year-old’s fourth season in the series.

“I couldn’t be happier to rejoin Team Pelfrey for the 2017 Indy Lights season. After working with the crew last year, I knew it was the right fit coming into this year,” Piedrahita said. “Gary (Neal, team manager) and Yves (Touron, engineer) have given me a lot of confidence and they always have a very competitive car at every track. We are going be extremely competitive this year and, for sure, we are going to seal the deal in the Freedom 100.” 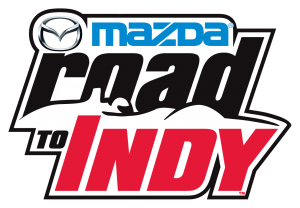 Parker Thompson will return for another season in the Cooper Tires USF2000 Championship powered by Mazda as part of an all-Canadian effort from first-year entrant Exclusive Autosport in the lowest rung of the Mazda Road to Indy development ladder.

Thompson, who finished second in the USF2000 driver’s championship in 2016, will return to the team that helped launch his racing career in race cars piloting Exclusive Autosport’s No. 30 Mazda-powered Tatuus US-17.

“It has been a long time coming, signing Parker to a full-season program with Exclusive Autosport,” team co-owner Michael Duncalfe said. “I am especially excited that he will be one of our drivers, a series veteran, leading the EA program in our inaugural season in the USF2000 championship/MRTI. I have the utmost respect for not only Parker’s race craft, but also his work ethic on and off the track. I have never seen a driver work as hard as he does off the track on his racing program.”

Thompson, an 18-year-old from Red Deer, Alberta, last raced for the team in Formula Tour F1600 in 2015, sweeping a weekend of racing at Circuit ICAR in Mirabel, Quebec. Thompson drove in USF2000 for Cape Motorsports with Wayne Taylor Racing in 2016, winning four races and finishing second to teammate Anthony Martin in the championship.

“This was easily one of the hardest offseasons I have had in my motorsport career, thus far,” said Thompson. “I honestly didn’t know if I was going to get behind the wheel of a race car in 2017, so when the opportunity arose to become a part of the EA organization, I was ecstatic.

“This is a dream team fit for myself, in a number of different ways. I met Michael when I was just 11 years old racing in Saskatoon, Saskatchewan, at the Western Canadian Karting Championships. It just goes to show you what relationship-building can do for your career down the road.”

“This sanctioning agreement with INDYCAR for the Battery Tender Global Mazda MX-5 Cup presented by BFGoodrich Tires is based upon our long and productive relationship with Dan Andersen, Andersen Promotions and INDYCAR,” said John Doonan, director of motorsports at Mazda North American Operations. “We have worked closely with them to grow the Mazda Road to Indy into the finest open-wheel ladder in the world. Now, we are striving to grow this series, which is the first step of our sports car ladder known as the Mazda Road to 24.

“In only one year, we have sold more than 120 of the newest generation of MX-5 Cup cars and have seen starting fields of up to 40 cars,” continued Doonan. “By teaming with INDYCAR, we believe the series will thrive.”

In 2017, the MX-5 Cup will consist of a 12-race schedule held on a total of six event weekends, plus the second annual Global MX-5 Cup Invitational, a non-points-paying event for Mazda racers from around the world. Four of those event weekends will be held during Verizon IndyCar Series events – Barber Motorsports Park (April 20-23), Road America (June 23-25), Toronto (July 14-16) and Watkins Glen International (September 1-3). The series will also compete on the road course of the Indianapolis Motor Speedway during the SVRA event (June 15-17) and twice at Mazda Raceway Laguna Seca (Sept. 22-24 and the Global Invitational, Oct. 13-15).

The MX-5 Cup series is considered the best value in sports car racing. The cars are sold as a ready-to-race, turnkey package for $58,900. Because of the parity of the cars, the racing is always close, hard-fought and great fun for fans. The series is entering its 12th season.

“When Mazda approached us regarding MX-5 Cup, we felt it would be a great opportunity for INDYCAR to expand upon what we’re already doing with our involvement in the Mazda Road to Indy,” said Jay Frye, INDYCAR president of competition and operations. “This agreement also allows us to enhance our overall platform with Mazda Motorsports and Andersen Promotions, who have been great partners of INDYCAR.” 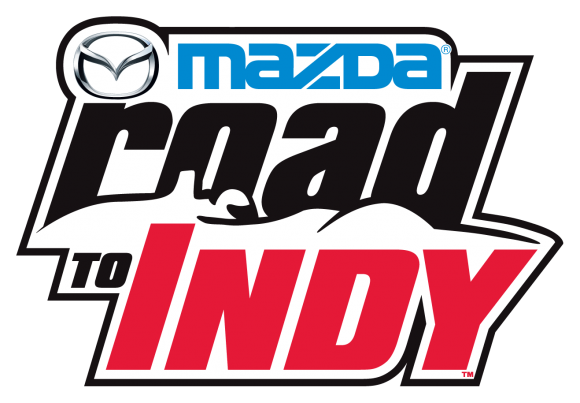 Anthony Martin (Cape Motorsports with Wayne Taylor Racing) made it a tripleheader weekend sweep in the Cooper Tires USF2000 Championship powered by Mazda to take a 21-point lead over teammate Parker Thompson with two races go to.

INDYCAR, sanctioning body of the Mazda Road to Indy development series, announced the creation of the Pro Mazda Championship. The series will be owned and operated by Andersen Promotions – administrator of the Cooper Tires USF2000 Championship Powered by Mazda – and will fill the opening vacated by the Star Mazda Championship. A key level […]