The summer forecast is heating up! New Jersey rock icons Bon Jovi will bring an epic night of rock n’ roll to Klipsch Music Center in Indianapolis on Tuesday, July 16, marking the band’s first return to Indianapolis since their 2003 Bounce Tour, and nearly 25 years since Bon Jovi helped open the Klipsch Music […]

The post Max & Ruby in the Nutcracker Suite at Murat Theatre at Old National Centre appeared first on Naptown Buzz.

The post Carolina Chocolate Drops at The Vogue Theatre in Indianapolis on November 17th appeared first on Naptown Buzz.

The Whigs at The Vogue Theatre in Indianapolis on November 13th

The post The Whigs at The Vogue Theatre in Indianapolis on November 13th appeared first on Naptown Buzz.

Rome at The Vogue Theatre in Indianapolis on November 10th

The post Rome at The Vogue Theatre in Indianapolis on November 10th appeared first on Naptown Buzz. 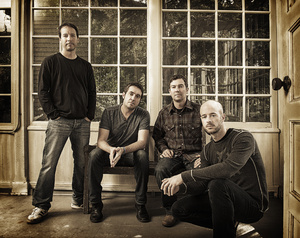 Hailing from Nederland, Col., Yonder Mountain String Band (YMSB) is composed of Dave Johnston (banjo), Jeff Austin (mandolin), Ben Kaufman (bass), and Adam Aijala (guitarist). When this foursome first came together in December 1998, they created their own kind of sound blending together bluegrass, rock, and other artists that have influenced the band. As they started performing, they developed a large following among bluegrass and jam band fans as they worked their way up the bar and club circuit in the West.

In the fall of 1999, YMSB released their debut album, Elevation, on their record label, Frog Pad Records. They released a live recording of their second album, Mountain Tracks, Vol. 1, in the spring of 2001 followed with another studio set, Town By Town, in the fall. Overall, they have released several live albums from live performances and 5 studio-recording albums.

Their most recent album, The Show, was released in August of 2009. This album is a summary of the journey they are on together and is available on their website.

To enter please fill out the form below or e-mail us with your full name,valid e-mail address by 11:59pm on Tuesday, October 9, 2012 and one (1) lucky winner will be chosen at random to receive a pair of tickets.

The winner will be notified by Wednesday, October 10, 2012 via e-mail.

The post Yonder Mountain String Band at The Vogue Theatre in Indianapolis on October 18th appeared first on Naptown Buzz. 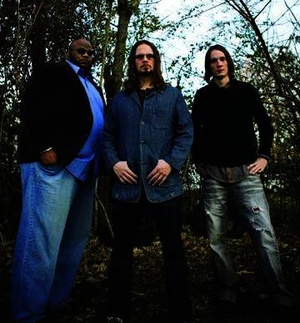 Luther Dickinson, Cody Dickinson and Chris Chew formed North Mississippi Allstars in 1996. The band released their debut album, Shake Hands With Shorty, in the spring of 2000 after touring as an opening act for a variety of artists. Not only was their debut proven to be a success, but it earned them a Grammy nomination for ‘Best Contemporary Blues Album.” By 2005, they had released 4 studio records, 3 of which were Grammy nominated, and gained a reputation as one of the most intriguing acts in Southern blues-infused rock-n-roll.

In 2008, the band released Hernando, which was their first release on the trio’s own label, Songs of the South Records. This album represented a return to the blues-rock roots the band was founded on more than a decade ago. The band would reunite again in 2010, after the passing of Luther and Cody’s father. This time they wanted to create an album to help them cope with the loss and, at the same time, rejoice in his honor. The trio created the album Keys to the Kingdom, which Luther Dickenson describes as their “finest collaboration.”

To enter please fill out the form below or e-mail us with your full name,valid e-mail address by 11:59pm on Monday, October 1, 2012 and one (1) lucky winner will be chosen at random to receive a pair of tickets.

The winner will be notified by Wednesday, October 3, 2012 via e-mail.

The post North Mississippi Allstars at The Vogue Theatre in Indianapolis on October 4th appeared first on Naptown Buzz. 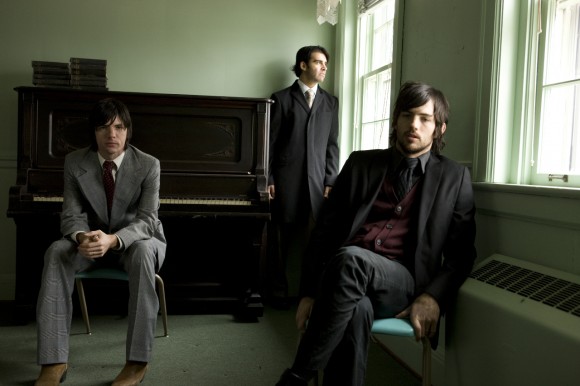 Please bring a canned good, or monetary donation, to benefit Gleaners Food Bank to the concert.  Donations will be collected at each entrance and a drawing for the Avett Brothers signed guitar and signed Avett Brothers concert poster will be announced after the show at the main entrance Gleaners information table.  The winner will also be notified by phone/text.

Please contact Jenny Kremer with any questions or for donations at

Ticket Information: Advanced reserved seat tickets for The Avett Brothers are $36.50 + fees. Advance lawn tickets (general admission) are $32 + fees. Day of show lawn tickets (general admission) are TBD. Advance limited 4-pack lawn tickets are available for $99 + fees, while supplies last. Tickets are on sale now through LiveNation.com, at the Old National Centre Box Office (except day of show), all Ticketmaster outlets or 1- 800-745-3000. All tickets are subject to day of show price increases. Premium Seats (Tweet @VIPSeatsIndy): For VIP Box and Season Ticket information at the Farm Bureau Insurance Lawn at White River State Park or other Live Nation Indianapolis venues, call 317-249-2752 or by email at vipseatsindy@livenation.com 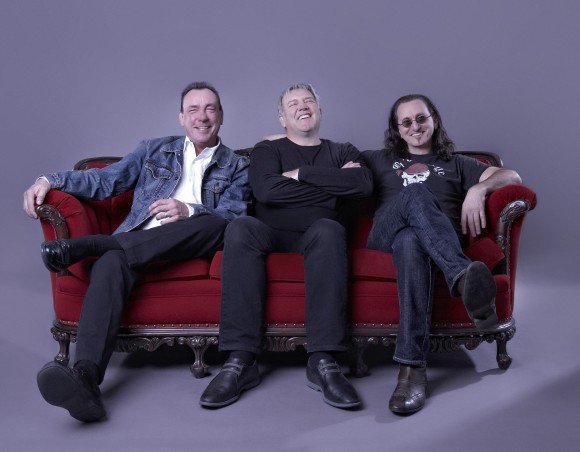 Rush has embarked on a North American Tour which stops at Bankers Life Fieldhouse in Indianapolis on Thursday, September 13 at 7:30 pm. in support of their new album, “CLOCKWORK ANGELS.”

“CLOCKWORK ANGELS,” the band’s 20th studio album, will be released on June 12th. This is the renowned trio’s first new collection of original material in over five years and their first studio release via Anthem/Roadrunner records. With more than 40 million records sold worldwide and countless sold-out tours, Rush – Geddy Lee, Alex Lifeson, and Neil Peart – is not only one of the most inventive and compelling groups in rock history, but remains one of the most relevant.

Singer/bassist Geddy Lee remarked, “‘Headlong Flight’ was one of those songs that was a joy to write and record from beginning to end. Alex [Lifeson] and I had blast jamming in my home studio one day before the 2nd leg of the Time Machine Tour and I did not revisit that jam until a year later. Alex and I assembled the song to be an instrumental and it’s original title was “Take that lampshade off yo head!” but once we saw the lyrics Neil had written for ‘Headlong Flight’, I knew that the spirit of the lyrics matched the instrumental perfectly and it was just a matter of making them fit and writing the melodies.”

Drummer and lyricist Neil Peart explained, “In late 2011, my drum teacher Freddie Gruber, towards the end of his long and adventurous 84 years, was reminiscing among friends and former students. Often he would shake his head and say, “I had quite a ride. I wish I could do it all again.” That is not a feeling I have ever shared about the past — I remain glad that I don’t have to do it all again. While working on the lyrics for “Headlong Flight,” the last song written for Clockwork Angels, I tried to summarize my character’s life and adventures. My own ambivalence colored the verses, while Freddie’s words inspired the chorus ‘I wish that I could live it all again.”

The RIAA has certified Rush for the third most consecutive gold/platinum studio albums by a rock band, topped only by the Beatles and the Rolling Stones. Rush’s vast catalog includes such classics as 1974’s self-titled debut, 1976’s “2112,” 1981’s “MOVING PICTURES,” 1996’s “TEST FOR ECHO,” and 2002’s “VAPOR TRAILS.” Rush’s last studio album, 2007’s “SNAKES & ARROWS,” debuted at #3 on the Billboard 200, marking the band’s highest chart debut since 1993, as well as their eleventh top 10 album in the U.S. The album’s first single, “Far Cry,” hit the top 5 at mainstream rock radio, with airplay on over 100 radio stations in the US and the track “Malignant Narcissism” was nominated for a Grammy in the Best Rock Instrumental Performance category.

In addition to their commercial success, Rush has also been recognized with a number of Juno Awards and multiple Grammy nominations, including one for the acclaimed documentary “Rush: Beyond The Lighted Stage”. Enjoying a recent pop culture renaissance, Rush made a rare television appearance – their first in over 30 years – on Comedy Central’s “The Colbert Report” and a memorable cameo in the film “I Love You, Man.” A career-chronicling Rolling Stone feature summed up the renowned rock trio’s continuing artistic vitality by observing, “It’s true that Rush doesn’t mean today what it did in ’76 or even ’96. It may mean more.”