The Tour also includes 2008 Olympic all-around champion Nastia Liukin, 2008 Olympic team silver-medalist Chellsie Memmel, members of the men’s and women’s 2011 World Championship team, along with past Olympians and U.S. medalists in men’s, women’s, rhythmic, and acrobatic gymnastics, and trampoline and tumbling. Local area gymnasts will also have the chance to participate in this performance. 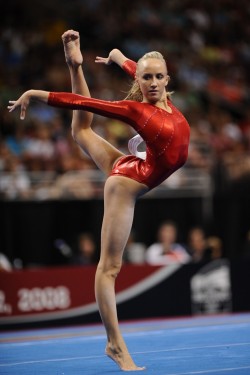 The Kellogg’s Tour of Gymnastics Champions is produced by USA Gymnastics in partnership with AEG Facilities. Kellogg Company is the exclusive title sponsor, and Hilton HHonors and Procter & Gamble are official supporting partners.  Tickets are on sale now and can be purchased at Bankers Life Fieldhouse Box Office, the State Fairgrounds Box Office, all Ticketmaster locations, ticketmaster.com, or charge-by-phone at 800-745-3000.

For more information on the tour, visit https://usagym.org/pages/events/tour/.

Would you like to go see Kellogg’s Tour of Gymnastics Champions for FREE courtesy of Live Nation?

To enter please fill out the form below or e-mail us with your full name,valid e-mail address by 11:59pm on Sunday, August 12, 2012 and one (1) lucky winner will be chosen at random to receive a pair of tickets.