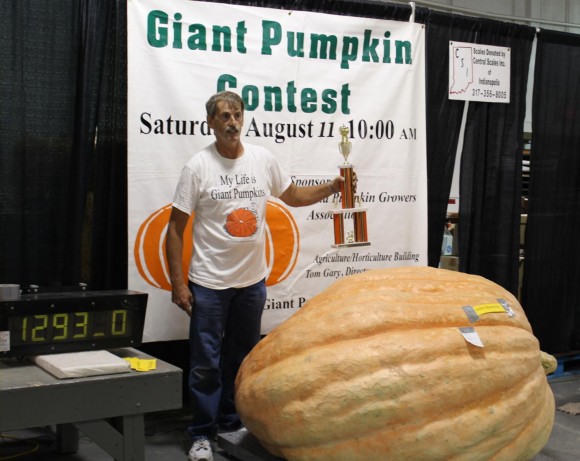 John Barenie from Griffith, Ind., claimed first place for the second straight year and the third time overall at the 11th annual Indiana State Fair Giant Pumpkin Contest. His prize winning pumpkin tipped the scales at 1,293 pounds to top John Van Hook’s entry by 208 pounds, but fell 15 pounds shy of his own state record set in 2011.

“It feels so great to win again,” Barenie said. “Seasons can be tough so you never what you’re going to get. You can’t take anything for granted.”

Barenie is the only Hoosier to ever win the State Fair competition, something he did last year and in the inaugural contest in 2002. The Indiana Pumpkin Growers Association awarded Barenie with a $1,000 check and a trophy.