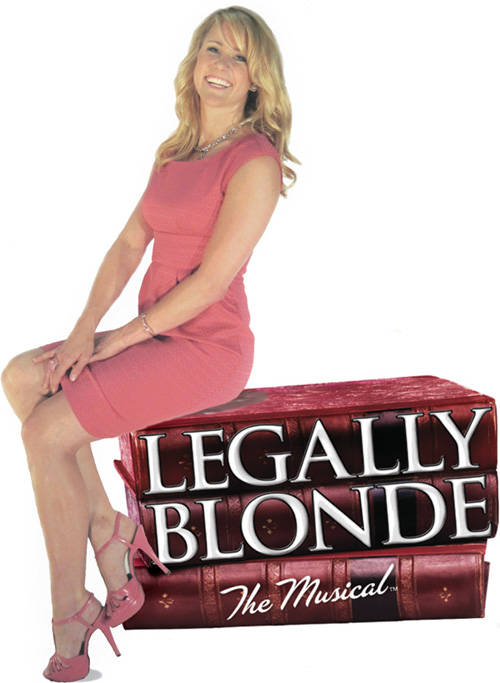 Beef & Boards Dinner Theatre is tickled pink to present its premiere production of “Legally Blonde, The Musical” opening Feb. 17 and on stage through April 6. Based on the hit MGM movie, “Legally Blonde” was nominated for seven Tony Awards and 10 Drama Desk awards, and has all the fun of the famous film.

Sorority president Elle Woods doesn’t take “no” for an answer. So when her boyfriend dumps her for someone “serious,” Elle puts down the credit card, hits the books, and sets out to go where no Delta Nu sorority sister has gone before: Harvard Law. Elle has a rocky start as a new legal student, but this determined blonde makes some friends, finds she has more legal savvy than she realized and proves that being true to yourself never goes out of style.

Maggie Taylor stars as Elle Woods, a blonde on a mission to get the man she wants. Chad Brosky stars as that man, Warner Huntington III. Performing as the friends she makes along the way are Dominic Sheahan-Stahl as Emmett Forrest, Annie Edgerton as Paulette Bonafonté, and Erin Wegner Brooks as Vivienne Kensington. Mark Goetzinger is the manipulative Professor Callahan, and Deb Wims stars as the famous fitness guru on trial for murder, Brooke Wyndam.

“Legally Blonde, The Musical” has 57 performances scheduled in the intimate space of Beef & Boards Dinner Theatre. Tickets range from $37 to $60 and include Chef Odell Ward’s dinner buffet, coffee and tea. Parking is free.