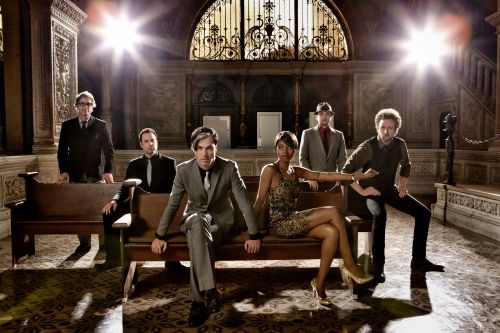 For the eighth day of Super Bowl Village festivities we have the following concerts: Once a year, an explosion of art, music and culture hits Indianapolis, asking you to come indulge your senses. September 17 will be the 10th anniversary of Oranje, an interactive and contemporary art and music experience. Everyone from painters to metal workers to fashion designers to DJs join forces to put on this unique event that began back in September of 2002. Founders Adam Crockett and Ryan Hickey have continued to grow, develop and expand on what started out as a gathering of friends to showcase local talent. This year, guests can look forward to 45 artists, 30 music acts, 5 stages and 3 enviro-lounges from 8:00 p.m. until 2:00 a.m. at 2323 North Illinois Street for only $20. Here are 10 must-see attractions you should add to your Oranje checklist!

Indy Mojo Tent: With DJs such as Mike B, Jackola, Matt Allen, Kodama and more, the Indy Mojo Tent is where you need to be if you’re ready to dance the night away and get your face melted off by a mix of electronic music and lasers. Indy Mojo is known for its spectacular visual effects during shows, and Oranje will be no exception.

Jimm Showman: Crafting robots out of 100% recycled materials, this will be Showman’s first year as an Oranje participant. He finds parts in scrap yards, garbage cans or thrift stores and combines these pieces with steel scraps to create unique robots that each have their own personality and story. Oreo Jones: With a fresh new mixtape titled Black Fabio released just last month, this will be the first Oranje that Oreo Jones will perform at and he invites you to share it with him. Fusing indie and hip-hop together, Oreo’s live performances promise to never disappoint. You can catch him at 12:10 a.m. on the MOKB Stage, and rumor has it that he may even have a real Liger with him.

Walter Lobyn Hamilton: By breaking, smashing, cutting, melting and manipulating pieces of vinyl, Hamilton is a vinyl record artist, creating pop and political iconic pieces centered on a vinyl/music theme. This will be his second year participating in Oranje and this year he will have even more pieces that range from $150 – $4,000. And if his unique artwork isn’t reason enough to check him out, his booth is next to some burlesque dancers!

Beta Male: Playing at 1:00 a.m. on the MOKB stage to end the evening, Beta Male’s provocative, sexy and innovative performances always draw a huge crowd of people wondering how they can top their last performance. Costumed in everything from wigs to leather to body paint, make sure not to miss what will surely be another memorable live performance that will get you dancing! With Love, Marie: Feather extensions have been one of the hottest fashion trends this year, and Mandy and Sheri Madaras are bringing their line of feather extensions and jewelry to Oranje this year. Offering everything from earrings to necklaces to extensions, the mother-daughter duo hand-craft all of their pieces that are both affordable and stylish.

Bashiri Asad: Playing the Old Soul Ramp Stage at 9:35 p.m., singer/songwriter Bashiri Asad has created his own indie/soul/jazz genre of music which he has been perfecting since childhood. Asad performs both solo and with his group, Xenobia Green, in venues around Indianapolis and all over the Midwest. This will be his second year at Oranje, and he urges everyone to come check it out. “If you are looking for an assault on the visual/audio senses, looking for a variety of music, art and a good time in one night, then Oranje is the place to be!” Joseph Mays: How could you turn down the chance to see nude models covered in black-light paint highlighted in psychedelic lighting? In past years, Mays has run a clothing-optional photo booth that allows people to photograph themselves nude under abstract lighting and this booth will make a return this year. In addition, he will be showing a series of aerialists at work. It’s definitely a must-see!

Zed Martinez: Zed Martinez is many things; an artist, photographer, designer and self-proclaimed madman. This range of talents can be seen through his artwork, influenced by sexuality, religion, commercialism and the ever-changing world around him. He has a large range of works but all share a common theme: absurdity. Make sure to stop by and get crazy with him!