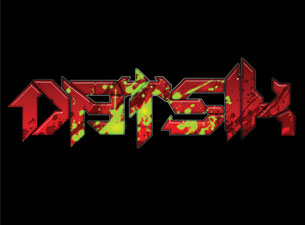 Datsik (sometimes stylized as DatsiK) is the alias of Troy K. Beetles, a dubstep DJ and producer from British Columbia, Canada, and a prominent figure in the increasingly popular dubstep community. Beetles is known for his frequent collaborations with his friend and colleague Excision and has been producing music since 2008.

Tickets are on sale now. General admission tickets are $20 in advance, $25 day of show. Purchase your tickets through LiveNation.com, Old National Center Box Office, Ticketmaster outlets, or charge-by-phone at 1-800-754-3000. Applicable fees apply to all ticket sales.