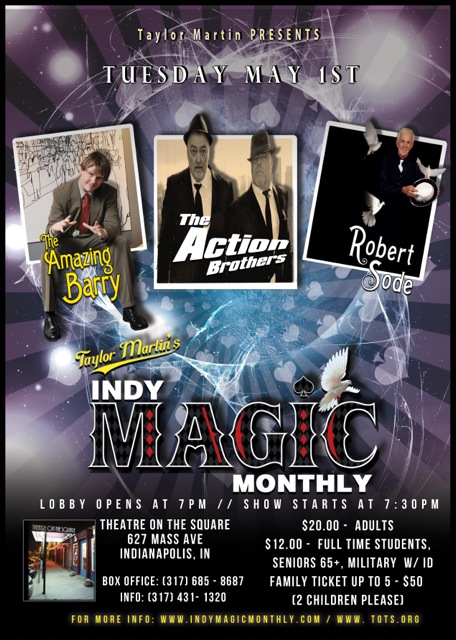 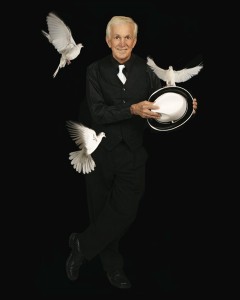 After the record crowd at the 4th Anniversary Indy Magic Monthly show on April 3, another great show of magic is being brought to Indianapolis.

Returning to TOTS is fan favorite and People’s Choice Award Winner of the French Lick Magic Showdown, is dove master Robert Sode. Robert has not been with IMM for a year and it’s about time he returned.

Joining his will be the Amazing Barry with his zany magic and stunts. Known for his card trick from inside a giant balloon, yes, he’s inside, Barry’s become a favorite of the Magic Dinner Theatre @ The Propylaeum. Cards, razor blades, broken glass all spell for a great act.

And finally, the long awaited return of The Action Brothers from Louisville. Johnny Action and his brother Max, will leave you in stitches and wonder. Starring Craig Sargent and Lew Newton as the ABs, you’ll love what they’ve added since their last show here in Indy.

All MCd by Taylor Martin, who has been known for doing a few mysteries himself.

Door prizes, lobby refreshments, and magic before the show by Skott Hughes all will bring the fun that this monthly series is bringing to Indy.