Tag Archive for A Chorus Line 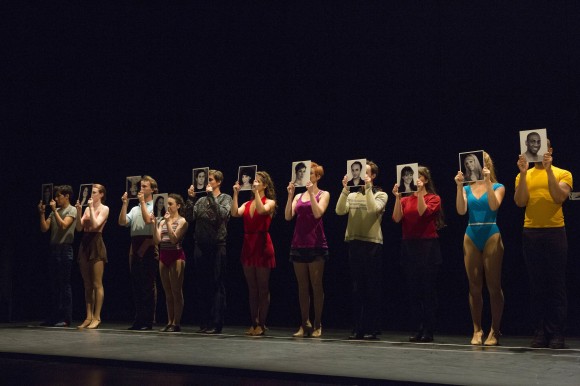 A CHORUS LINE, in its final weekend at Booth Tarkington Civic Theatre in Carmel, is an American musical theatre staple. Written in the 1970′s, the musical tells the story of dancers auditioning for spots on “a chorus line” in a Broadway show. We learn about what brought the characters to dancing – in sequential order from childhood, to puberty, through the end of a dance career. Memorable songs include “One,” “Dance: Ten; Looks: Three,” and my personal favorite, “What I Did For Love.”

Under the direction of Ron Morgan (owner and director of Carmel’s Performer’s Edge Dance Theatre), this cast has created a stunning production of this classic piece. Amongst this (obviously) talented cast, some gave especially great performances:

The show itself was great visually, but on the night I attended there were obviously some audio issues and a few pitchy performances from cast members – which, no doubt, have most likely been resolved over the run of the show. However, not all dancers are singers and not every singer can dance, so that I am willing to forgive. That being said, I have to give a shout-out to all the dancers in this show – the main cast AND the cut dancers. I have done this choreography (I had to learn it for school!) and I give major props to anyone who can pull that off night after night – because it is really hard!

The show continues in its final weekend at Booth Tarkington Civc Theatre with performances tonight at 7pm and Saturday, September 22nd at 5pm. 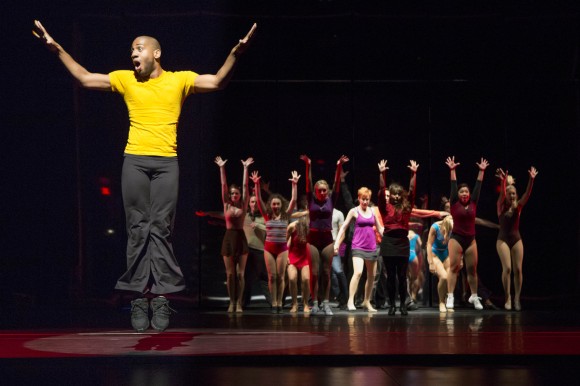 Booth Tarkington Civic Theatre is set to draw the curtain on its 98th season with A Chorus Line. The nine-time Tony Award winning Broadway favorite will open Friday, September 7, and run through Saturday, September 22, at The Tarkington at The Center for the Performing Arts in Carmel.

One of the longest-running American Broadway musicals of all time, A Chorus Line tells the story of 17 dancers, auditioning for the chance of a lifetime.  On a bare stage, in an empty theatre, each character exposes every drop of sweat, every hour of training, every day of their lives to do what they’ve always dreamed of – dance. 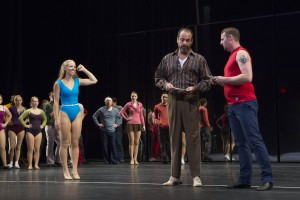 A Chorus Line is based on the book by James Kirkwood and Nicholas Dante, with music from beloved American composer Marvin Hamlisch, who passed away earlier this month. Theatergoers will enjoy famed hits like “What I Did for Love” and “One.”

Don’t miss the chance to see this singular sensation on a local stage! Showtimes are Thursday, Friday and Saturday at 7pm, last Saturday at 5pm and Sundays at 2pm. Tickets are $44 for adults and $34 for youth, 17 and under. This show contains adult content and is not suitable for children.

The Booth Tarkington Civic Theatre is one of the 10 largest active community theaters in the United States and has been a vital part of the city’s cultural landscape for 95 years.  For more information about the largest community theater in Indiana, go to http://www.civictheatre.org/

The Civic kicks off its 2012-13 season with a classic, A Chorus Line.   Residing at The Tarkington in Carmel, the Booth Tarkington Civic Theatre is the largest community theater in Indiana and one of the 10 largest in the United States.  Founded in 1915, the Civic has been a vital part of the city’s cultural landscape and is considered to be the nation’s longest continuously operating community theatre.

For more information about the 2012-13 season and to purchase tickets, go to http://www.civictheatre.org/shows-tickets/