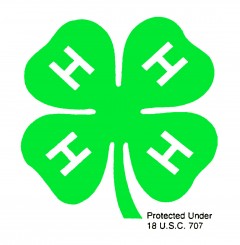 “She [Samantha] is older, so she gets the better sheep,” Alexandra said, even though this year, the younger Raute sister had the better showing. “We’re usually very competitive in the barn.”

The following is a listing of individual projects sold. Record amounts are indicated by an asterisk (*):