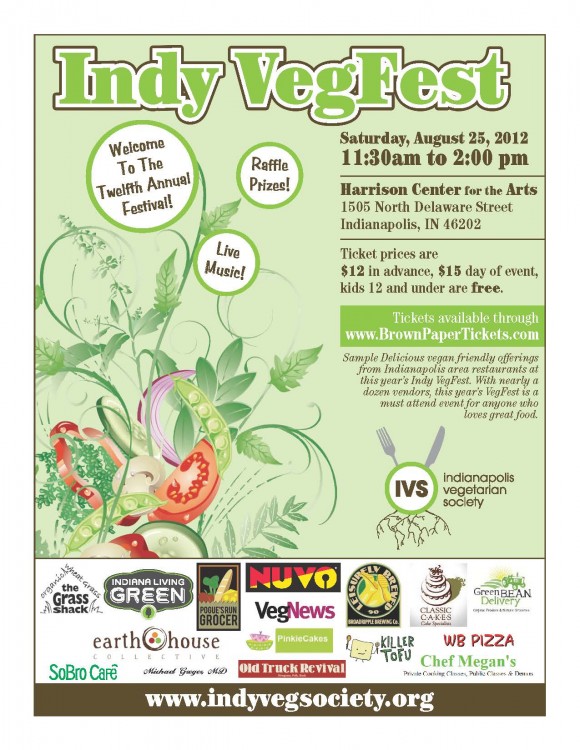 The Indy Veg Fest consists of local restaurants providing vegan dishes that they currently serve or would be willing to serve, and inviting the public to enjoy the festivities. During the festival, the Veg Society arranges for live music, information booths of like-minded organizations, and a free raffle. The Indy Veg Fest’s goal is to demonstrate that eating vegan in Indy is not only possible, but pretty easy!

The post 2012 Indy Veg Fest at Harrison Center for the Arts on Saturday, August 25, 2012 appeared first on Naptown Buzz.